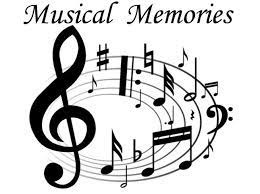 “I founded the Musical Memories group about four years ago now. I’d been at Wadswick Green for a few months, and I thought I would set a group up and see what the interest would be.

“Music is really connected to people’s memories, and I find for over 60s it’s particularly true with music from the 50s, 60s, and 70s. I noticed how easily people remembered music and lyrics, so I thought that maybe playing music and discussing it could be a good idea.

“At first, I invited about eight people to come to sit in my living room, with everyone bringing something they wanted to listen to. It was really successful and everyone enjoyed their evening, so I put a notice in the village’s newsletter to invite more people to join in.

“The group has grown over the years and now there are about 10 of us. We used to meet weekly in the village’s Greenhouse, during the restrictions we moved on to Zoom. I use Spotify to find and play the tracks, but I also let members know what we will be playing so they can find them too.

“What we play has become increasingly diverse over the years as more people joined in. At first, we mainly played pop music, but we now play a bit of everything, including classical concertos, musical theatre, opera, or even Elvis Presley. We like a variety of music, and are becoming really knowledgeable, so it’s always interesting discussions.

“Gradually we introduced different activities, so that each meeting we have is different. For example, recently I invited everyone to anonymously give another member a piece of music as a “present” and we had to guess who had sent it to whom. It caused quite a lot of amusement!

“We’ve had the Musical Memories group going for some time now, so we know each other quite well, it’s really good. When we first came to Wadswick Green we didn’t know anybody, so it’s a great way to meet people. You get to learn about people’s backgrounds, because they reminisce about their life, what they were doing when a certain song was playing on the radio... It’s a lot better than just talking about the weather!

“I moved to Wadswick Green almost 5 years ago now. When we retired, we first moved to Cornwall, then we wanted to move closer to family. It’s been very nice here, we found it very peaceful during the pandemic. We moved into a two bedroom apartment on the top floor. We have nice views of the surrounding countryside and get a lot of sun, it’s really lovely.” "We first made contact with the Yvette Jones [Mickle Hill sales advisor] last September when we visited Mickle Hill to report back to my mother-in-law who lived in Somerset at the time. Yvette has been magnificent throughout our engagement leading to the decision to purchase the Apartment in January and through to completion and moving in last week." "Qigong provides me with a good opportunity to meet other residents and get to know them, it's very sociable. There are about 15-20 people in each class and although we all take it seriously, we do have fun and laughter.

"It has become an important part of my life as it helps to keep me mentally and physically fit and had I not moved here I would never have taken it up." Keep up to date with our latest newsletters here.